The power of transformation

In my previous post I told you about the transformational teachings of Robert Betz, based on the power of love and how he is now offering his services to companies throughout Germany. What really astonished me is that the market-leaders of some of the most male-dominated industries such as automobile and construction will be pioneering his services. Robert Betz himself comes from a corporate background, and not only does he understand the corporate world extremely well, his entire personality is so engaging, entertaining and down-to-earth, that even the biggest sceptic can’t help but notice a smile come to his face and sense that what is said really sounds true. The CEO’s of Germany’s biggest companies are now turning to Betz for a solution, having watched an ever growing avalanche of burn-outs and other illnesses sweeping through their workforce in the last few years.

A burn-out is essentially a depression but burn-out sounds so much more manly and is therefore not only more widely accepted by society (rather than shamefully brushed under the carpet such as a common depression is) but sometimes even admired: “look at him, he worked himself nearly to death, what a great, committed member of society”. Unfortunately these people spreading such nonsense actually believe it. We still think that office slaves, doing whatever they are being told, without ever questioning the purpose of their task or listening to their own inner voice are the pillars of our society.

One such a pillar was German goal keeper Robert Enke who, aged 32, decided to kill himself as he couldn’t stand the pressure in his life anymore. A professional goal keeper deciding to leave this life because he is overwhelmed by his depression? An unlikely scenario 20 years ago but more and more commonplace today. 20-year-olds are suffering from burn-out today and when reading the German papers one feels it is like a tsunami rolling over the country. Clearly a diseased society, self-inflicted by our distorted perspective on life, a lack of self-love and the resulting urge to be accepted and admired by others, no matter what the price is. A society that calls itself civilized but where young people in their teens and twens feel that their only alternative to this pressurized life is to end it, is perverted to say the least.

But luckily this is to change now, spearheaded by people who change their own perspective on life and by companies who want to have happy people working for them rather than a miserable workforce. Imagine a company where everyone is happy and rooted in themselves. Healthy people who cherish work as much as their spare time. A group of like-minded people who use their unique talents to jointly serve humanity. People who gain strength and pride out of their work rather than ending up exhausted and shattered in the evenings. In a world like this, Corporate Social Responsibility will not have to be a separate department anymore. People working in such an environment will be intrinsically responsible, be it in product, finance, supply-chain, HR or community engagement. It is a good change that is coming our way and one should congratulate those companies pioneering this development. We will stay tuned! 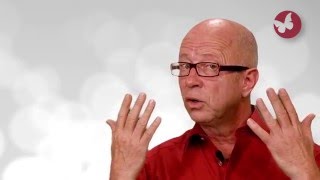